The “gig economy”—comprised of freelancers, job-sharers, consultants, remote workers, teleworkers, temporary/on-call/online workers, independent contractors, advisors, and more—is growing at a staggering rate. According to JLL Consulting, gig workers will comprise 80 percent of the global workforce in 2030, up from an already-staggering 50 percent in 2020. In 2021, the number of gig workers worldwide was estimated to stand at 9.2 million. 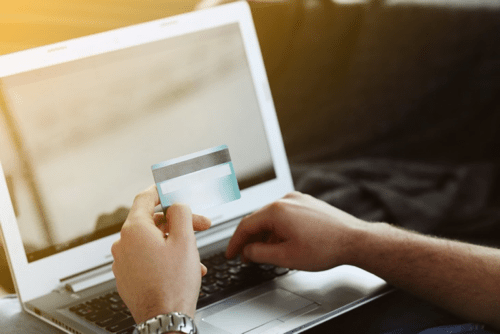 Show Us the Money

Just as the ranks of gig workers are fast expanding, so, too, is their list of demands—and some of these demands center on payments. Notably, a recent consumer trends survey conducted by Fiserv revealed that 70 percent of individuals with a gig job or “side hustle” prefer to be paid electronically, including directly to a bank account, debit, or credit cards, or through a mobile payment provider. Among millennials in this group, 80 percent said they prefer to receive payments electronically.

This is no surprise given the results of another survey of gig workers recently completed by JobApp. According to JobApp’s research, 54 percent of gig workers believe it “takes too long” to receive payments for their work. Of payments received by these workers, 29 percent were deemed “late.”

Equally important—or even more so—faster payments have the potential to increase the likelihood of gig workers to accept and remain in gig jobs offered to them. A whopping 84 percent of respondents to the JobApp survey noted that they would “do more gig work” if they received faster payments. And 70 percent of gig workers are dissatisfied with the support they receive from their employers—including support in the form of prompt payments.

Among faster ways for merchants to pay gig workers, a “push payment” solution as an alternative to issuing and mailing checks is well worth considering. With such a solution in place, gig workers provide the merchant with their debit card number. Funds owed are then “pushed” to any U.S. debit account at any bank. Funds transmission occurs via existing card network rails and sponsor bank acquiring systems, and funds become available to gig workers immediately or in near real-time.

Using a “push payment” solution not only cultivates increased gig worker loyalty; it delivers other attractive benefits to businesses. Specifically, eliminating or minimizing the number of checks issued to consumers—including gig workers—saves time, labor, and money. According to one study, issuing checks in general costs U.S. companies approximately $26 billion to $54 billion annually. Businesses’ check-writing expenditures do vary, but the study showed that if a company issues 500 checks per month, with three employees handling this task, it lays out more than $1,200 in labor alone.

What’s more, when the price of supplies, check printing, and other consumables are added to the tab, the price of check-writing rises to $2,045 monthly and $25,540 annually. Larger businesses and entities that issue more than 500 checks will incur even higher check-issuing expenditures.

Admittedly, the expense of issuing checks to other non-business entities, such as consumers who are due refunds, also figures into the equation, as does the price of sending check payments to B2B partners. But handling gig worker payments electronically can still yield considerable savings for merchants. This is especially so given that the happier and more quickly paid gig workers are, the less likely they will be to seek work elsewhere and the lesser the chance merchants will need to spend time and money seeking their replacements.

E-Complish offers the Push2Card instant debit card funding solution, which is appropriate for any merchant that needs to issue payments to consumers. Click here to learn more about this option and other E-Complish electronic payment processing solutions.