The Latest In Credit Card Swipe Fees: What This Means For You As A Business Owner

E-Complish > Blogs > The Latest In Credit Card Swipe Fees: What This Means For You As A Business Owner

What are the Credit Card fees and how do they hurt you?

If you’re a living, breathing human living in the United States today, it’s highly likely you engage with credit cards on a semi-regular basis: Whether as a method of payment in stores or online; or as a merchant, swiping your customer’s payments as they dine at your establishments, purchase your services, or acquire goods at your store. While some of us business owners will prefer to request customers restrict their credit card transactions to $10 or more, there are many more – particularly large retailers – who are absorbing the huge costs of processing credit card transactions, on a daily basis.

We’re not talking about the yearly fees of E-Complish software, either. This is about the sometimes-ludicrous and often-unreasonable fees imposed by large banks and credit card providers, such as Visa and MasterCard, which are passed on to the merchants at anywhere from 1%-3% per transaction. The clincher? We have absolutely no idea where they’re coming from. There’s no method to their madness or none that we can see, anyhow. This means that some of us have been passing them on to the consumer in higher prices, while others have chalked them up to overheads while trying to ignore the gaping hole on our balance sheets where these things go.

Last week, Visa and MasterCard agreed on a settlement where they will have to pay out to retailers, based on a charge that they colluded in fixing the prices of credit card fees. They’ll be paying out a few billion, but don’t get excited about a sudden windfall: Instead, more of the fees are likely to go to big retailers – yup, those same guys who tend to absorb the fees and deal with them as little more than an overhead expense. They’ll also be reducing fees for the next seven months – but this is all contingent on the settlement actually being approved, which is still yet to happen.

What else does this mean?

Okay, so here’s the big thing: It’s not just about the money. The agreement also means that for the first time, retailers will also be permitted to pass the credit card swiping fees to customers, by adding a surcharge for customers playing with plastic. 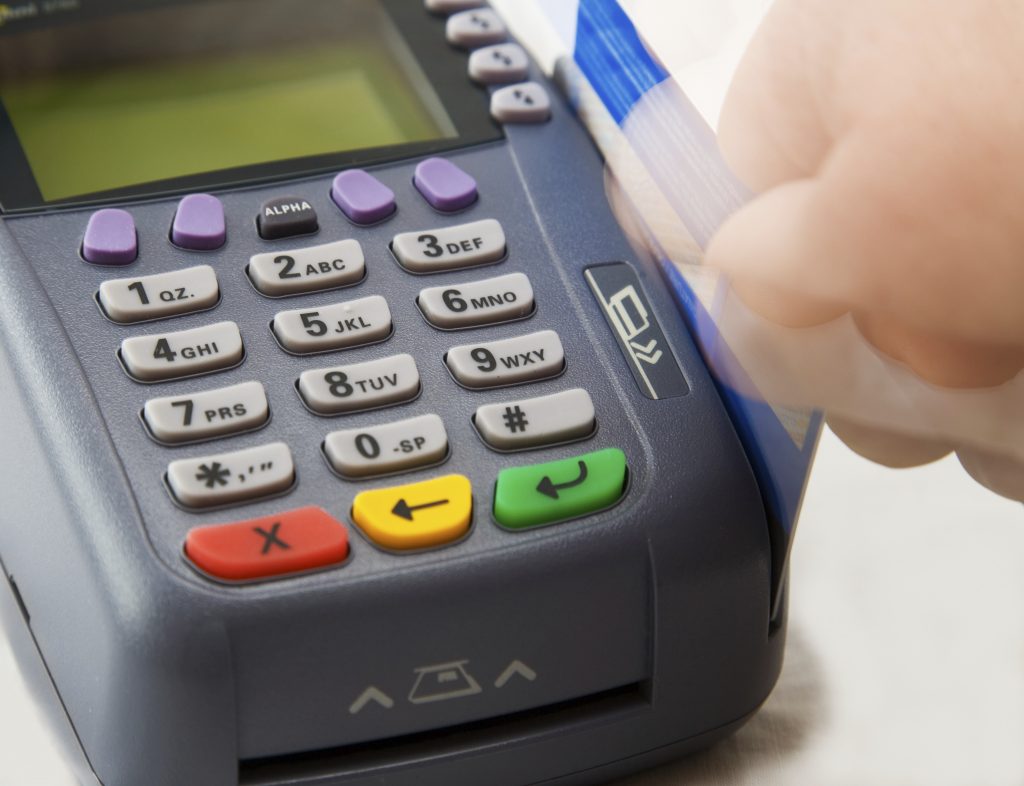 What doesn’t it mean?

Put simply: The agreement, while beneficial in some respects, still means that swiping fees will not be lowered, despite them growing year-on-year as purchases increase. These fees will not see any decrease going forward, although merchants have continued to voice their complaints.

This might increase rates. After all, Visa and MasterCard have to pay for the billions of dollars in settlements somehow. There’s no guaranteeing they won’t pass that back on to us, as their customers, same as we would like to pass their fees onward.

How would I go about charging my customers fees?

Well, it’s not all that simple. Many business owners won’t be passing on the surcharges, even though they’re now permitted, purely because it could deter customers making credit card purchases – and making the purchase at all. Also, these surcharges will not be permitted for debit card transactions. Any merchant charging extra for swipe fees will need to have it clearly disclosed at the cash register in store, and written clearly on the receipt. Cash discounts may be a beneficial solution, avoiding the cash customers “subsidizing” the in-built costs of swipe fees in their product prices, which will now need to be paid solely by proffer-ers of plastic.

The winners are the retailers! They’re making money of Visa and MasterCard!

The winners are the consumers! They won’t be paying for high swipe fees unless they want to!

Whether you agree with any, both or none of the above statements, the events of the last week have made it clear that reform is necessary in the U.S. electronics payments market. At the end of the day, fees will not decrease, and while businesses are now permitted to disclose them to customers, it’s the big guns at Visa and MasterCard that have yet to disclose them to their customers, the merchants. They’re still, in reality, “hidden fees”, with no disclosure on how they are charged.

Is Anyone Going To Do It?

In addition, it’s unlikely many merchants will take on the credit card surcharge option. For some, they’re afraid of customer backlash when a price is higher than that originally quoted. For others, they prefer to keep their payments electronically, for easier monitoring and management and will pay the price for doing so. And in many states, the surcharges will remain illegal, even once the settlement goes through, making the point moot overall. In fact, there are already whispers that the most excited proponents of this settlement will be airlines, hotels and other merchants who make nearly all their sales using credit cards, giving consumers no choice in the matter.

What Really Needs To Be Done

We all agree that electronic payments are the way of the future. At E-Complish, they’ve made sure of that. Why is this not being acknowledged, and acclaimed, rather than made into something far more difficult? In a letter from the Retail Industry Leaders Association, they alleged, “The U.S. electronics payments market is broken and is in need of desperate reform.”

Until merchants are given the ability to view credit card fees transparently and negotiate, there’s no small windfall or option for surcharges that will take away the sting of the extra costs. Payment processing is an expensive business, but a necessary one. In a world that is increasingly online, increasingly reliant on the conveniences of mobile and online payments, the giants of finance should be enhancing and smoothing the way for ease of payment. As new start-ups join the payment processing market and consumers learn new and easier ways to pay, it’s time the banks and the credit card companies got on board with merchants and consumers and moved into the future, together.